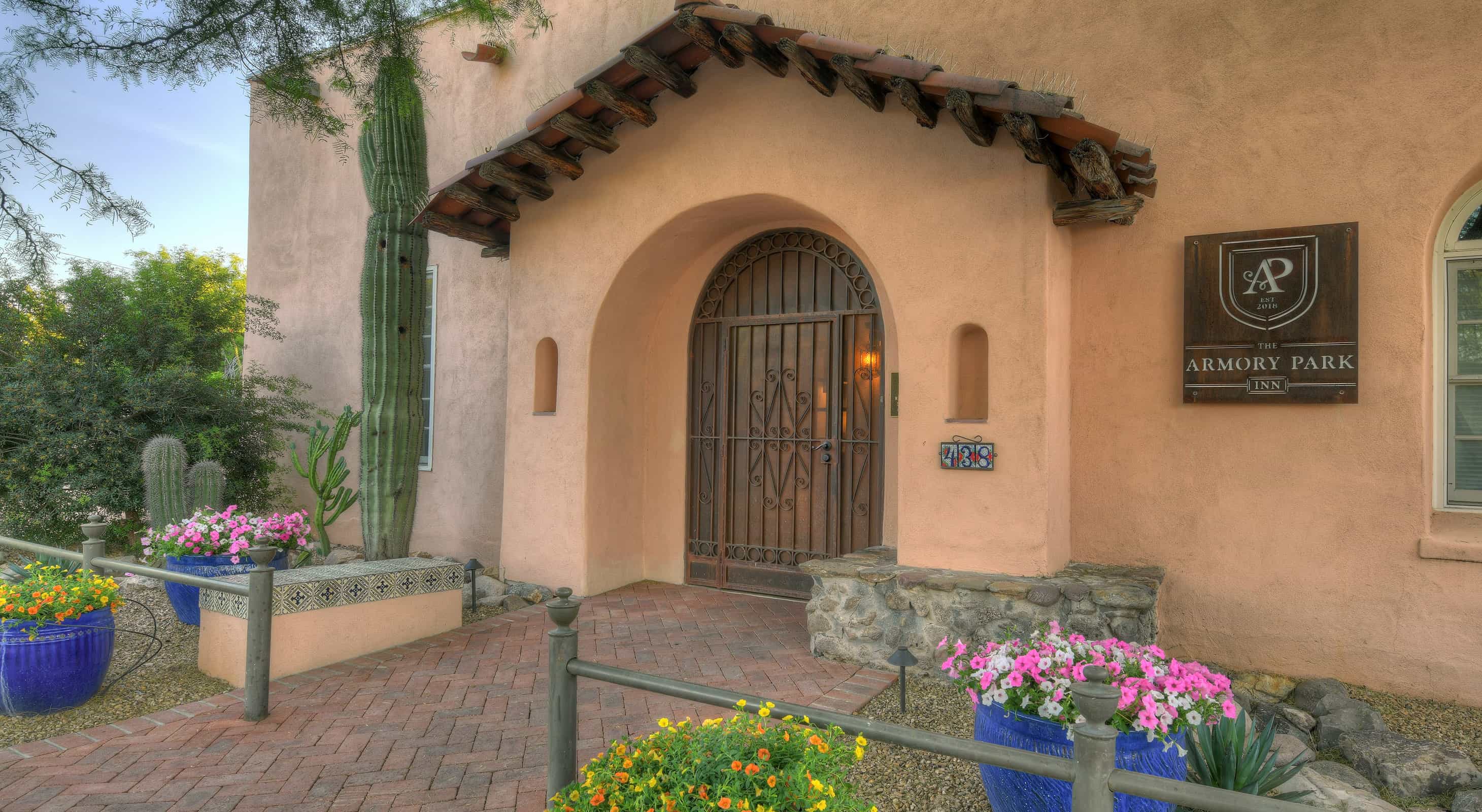 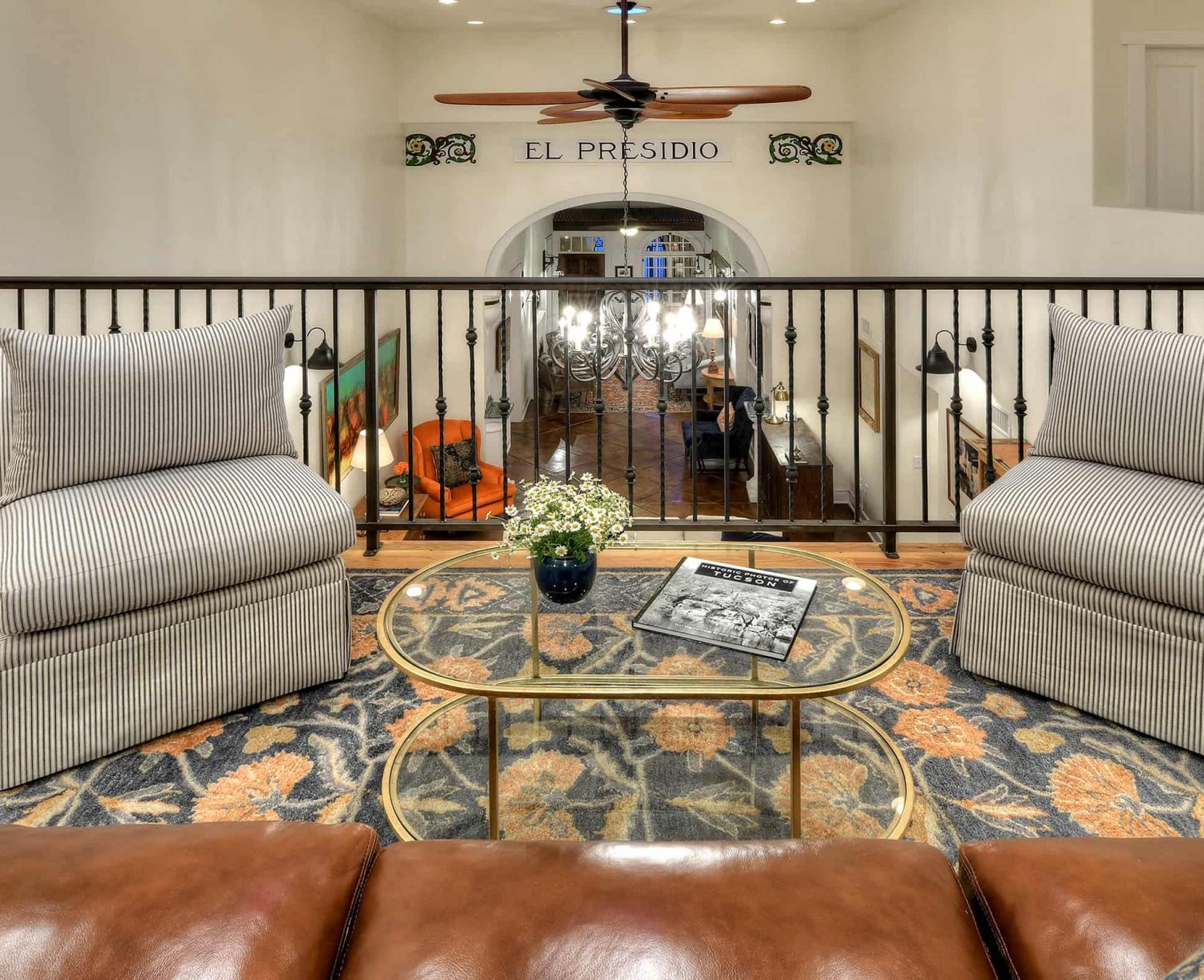 A Tradition of Hospitality

We are located in the heart of Tucson, a scenic city rich in history, culture, award-winning cuisine, and the arts. Just steps from the revitalized downtown and two streetcar stops from the University of Arizona, our historic Tucson inn is the perfect choice for business and leisure travelers alike. Let us make your visit even more memorable by providing a personalized itinerary.

Whether it’s mapping out a walking or cycling tour, planning a delicious dinner in our UNESCO-recognized City of Gastronomy, guiding your quest for the ultimate Sonoran hot dog, or just providing the cozy backdrop for a relaxing escape, we are dedicated to making your visit to the Old Pueblo easy, enriching, and memorable. 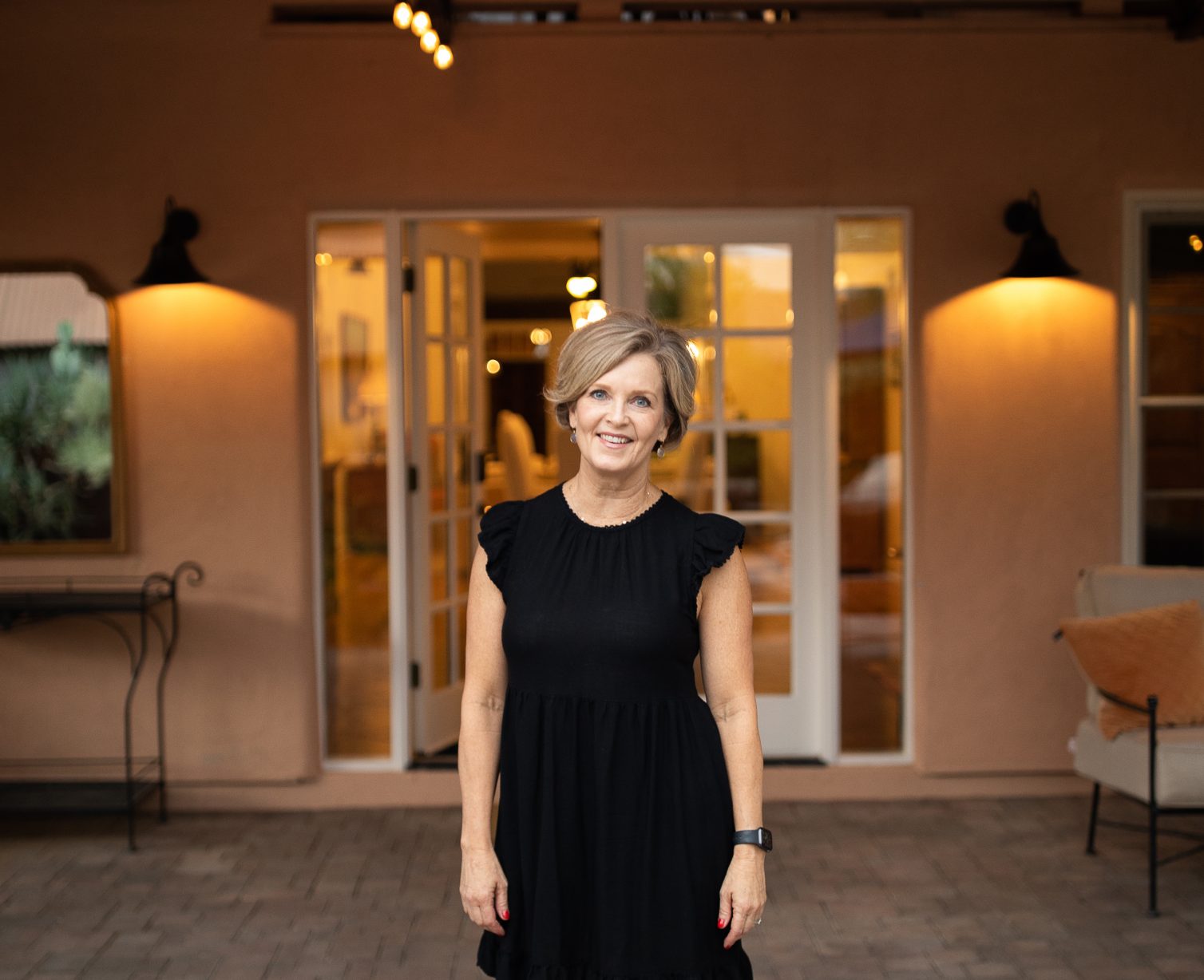 I’m delighted to welcome you to the Armory Park Inn! As a eighth-generation Tucsonan, I’m proud of the Old Pueblo and can’t wait to share this vibrant city with you. Over the years, my passion for travel has led me to many charming, inspiring places, usually best experienced through a stay at a welcoming inn so local that it seems part of the landscape itself.

The Armory Park Inn was inspired by those experiences and my desire to create the same sort of haven right here in the heart of Tucson. It is my hope that your stay at the Armory Park Inn will exceed your expectations and either spark or reignite a lifelong love affair with this extraordinary city!

About The Personalities Behind The Rooms 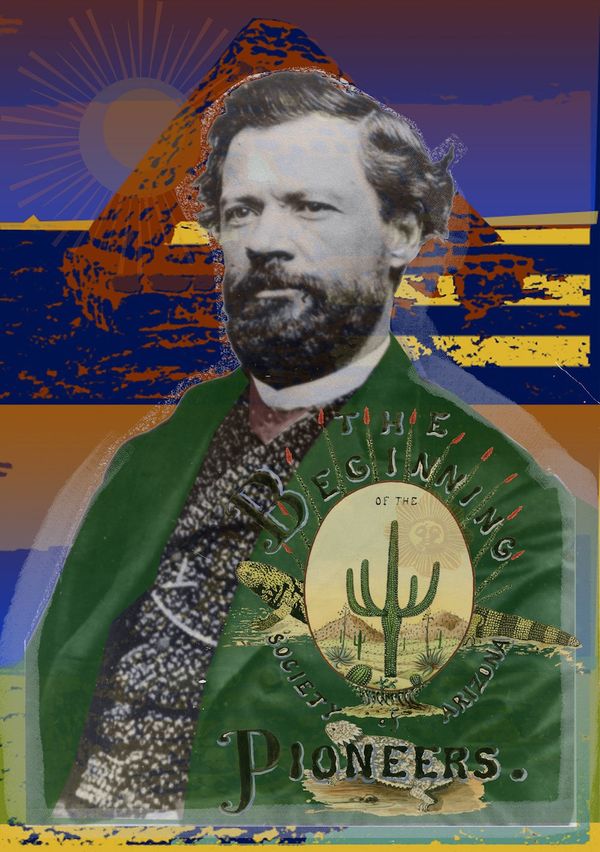 Charles Debrille Poston was one of the most accomplished – and eccentric – characters in Arizona history. Because he was instrumental in convincing President Lincoln to create the territory of Arizona and contributed to its growth as an explorer, miner, entrepreneur and government official, Poston is often referred to as the “Father of Arizona.” Once Arizona became a territory, Poston was named Superintendent of Indian Affairs and became the state’s first delegate to the U.S. Congress and then held various appointed offices. In 1884, in the Palace Hotel, he founded the Arizona Pioneer Historical Society. An expert on agriculture, irrigation and conservation, he also wrote several books, including “The Sun Worshippers of Asia” and a long, “astoundingly bad” poem called “Apacheland.” In his later years, Poston became a devotee of “Zoroastrianism” (sun-worship) and spent his life savings trying without success to build a Temple of the Sun on Poston’s Butte just north of Florence, where he is buried. A man of remarkable achievements, he outlived most of his contemporaries and spent his last days telling the tales of his explorations, adventures, and accomplishments in the lobby of the old Adams Hotel in Phoenix. 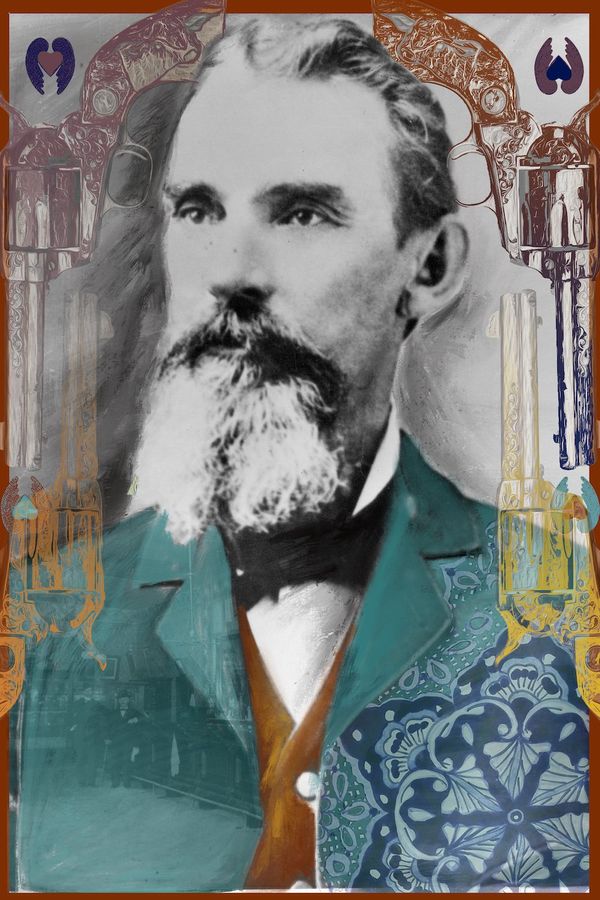 Charles O. Brown came to Tucson in 1860 after making his fortune in the California Gold Rush and built the prosperous Congress Hall Saloon. The place was thought to be the “best saloon in the Territory” because of its expensive, imported wood floors, locks that cost “$12 a piece”, and the big, black safe in the back room. The Congress Hall Saloon was a popular spot for all manner of patron from prospectors, miners and adventurers to academics, writers and intellectuals. The saloon was chosen as the location of the first meeting of the Arizona Territorial Legislature, when Tucson was the territory’s capital. Congress Street is, in fact, named after the saloon and not the legislative body. Brown brought the first sewing machine into the territory and, upon the birth of his first son, he had the first baby carriage in the area sent all the way from St. Louis. His home is still an important historical site today (now home to Ben’s Bells) and is said to be haunted by the ghost of his wife, Clara. 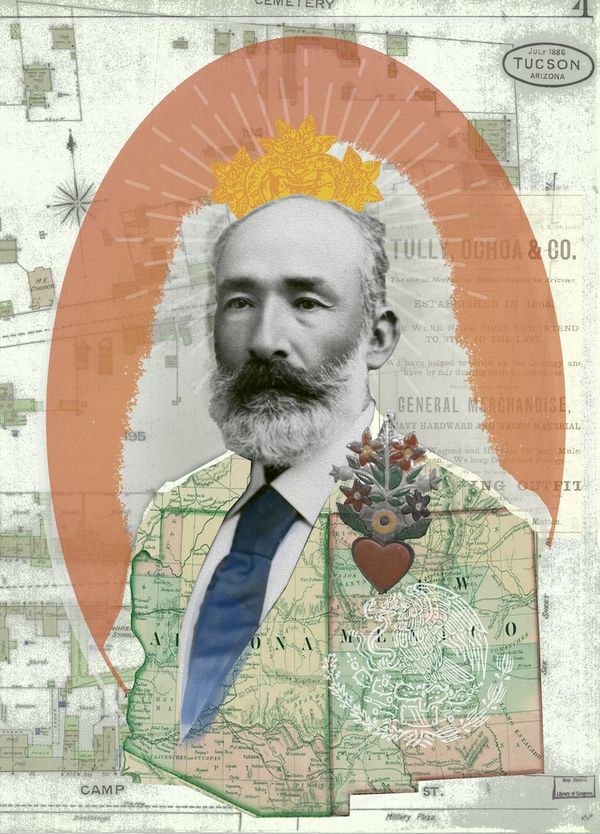 Estevan Ochoa was one of the community’s first patrons of public education. Born in 1831 in Mexico to a wealthy Sonoran family, he and his partner, P.R. Tully, earned a fortune in freighting though out the Southwest. At their peak in the 1870’s, they employed hundreds of people, owned $100,000 worth of wagons, stock and relay stations and were the largest taxpayers in Pima County. During the 1870s, Ochoa was one of the city’s most influential citizens and championed public education at both the local and state level. He was president of the Tucson School Board, donated the land and supervised the construction of the first modern public school in Arizona, all the while, quietly paying for books and other student expenses himself. He was elected Mayor, served as Justice of the Peace, and served in the fifth, sixth, and seventh Territorial legislatures. While Ochoa was known for his honesty, integrity, patriotism, and work ethic, he was most well-known for the peacock he and his wife, Altagracia kept in their home. 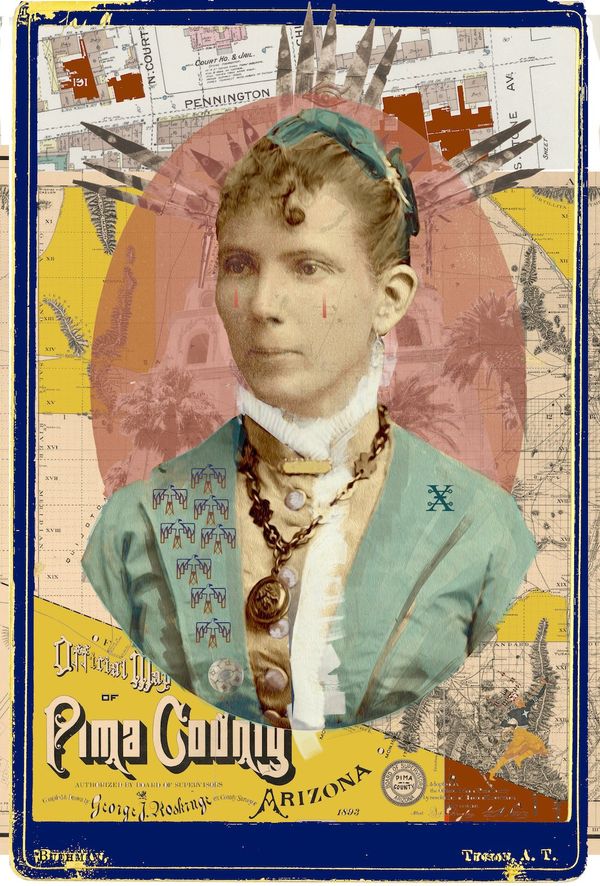 Larcena Pennington truly embodies the word “survivor.” On March 16, 1860, she was kidnapped by Apaches near a lumber camp in the Santa Rita Mountains south of Tucson, stripped of her clothing, lashed, tossed over a cliff and left for dead. She managed to crawl the 15 miles back to camp after days of eating only wild berries and drinking melted snow. Reunited with her betrothed, she was soon married and gave birth to a healthy baby girl. Her happiness was short-lived however; only months later, her husband, two brothers, and father were all killed by Apache warriors. Larcena loved her community and even in the face of such hardship, she refused to leave Arizona. She eventually found love again, married, and had two more children. She became a Christian and one of the first members of the Congregational Church in Tucson and was served as president of the Arizona Historical Society. How fitting that Pennington Street in downtown Tucson is named in her honor. 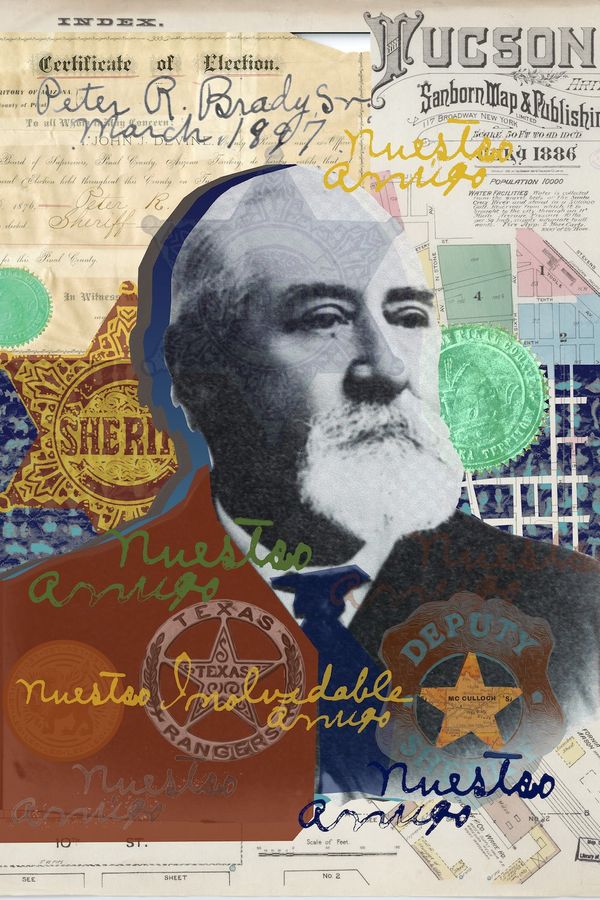 The Armory Park Inn is proud to introduce you to Peter Rainsford Brady — the great, great, grandfather of the Inn’s owner. Brady was born in the District of Columbia in 1825. After graduating from the Naval Academy and retiring as a lieutenant from the Texas Rangers, he settled in Tucson in 1854 and held several public offices, including two terms as sheriff of Pima County. He and a partner started one of the most successful cattle, ranching, mining, and real estate businesses of its kind — the Arizona Mining and Trading Company. Brady is also credited with introducing Egyptian wheat to Arizona. It was written that “Mr. Brady was in all respects a strong man, not only physically, but mentally; of unquestioned integrity, and in every position of honor or trust, he reflected credit upon the appointing power. A gentleman of the old school, he was genial, kind and hospitable. The latch-string to his house always hung upon the outside. He served several times in the Territorial Legislature and always with great credit to himself, using his influence at all times to enact laws for the benefit of the Territory.” We are proud of this legacy. 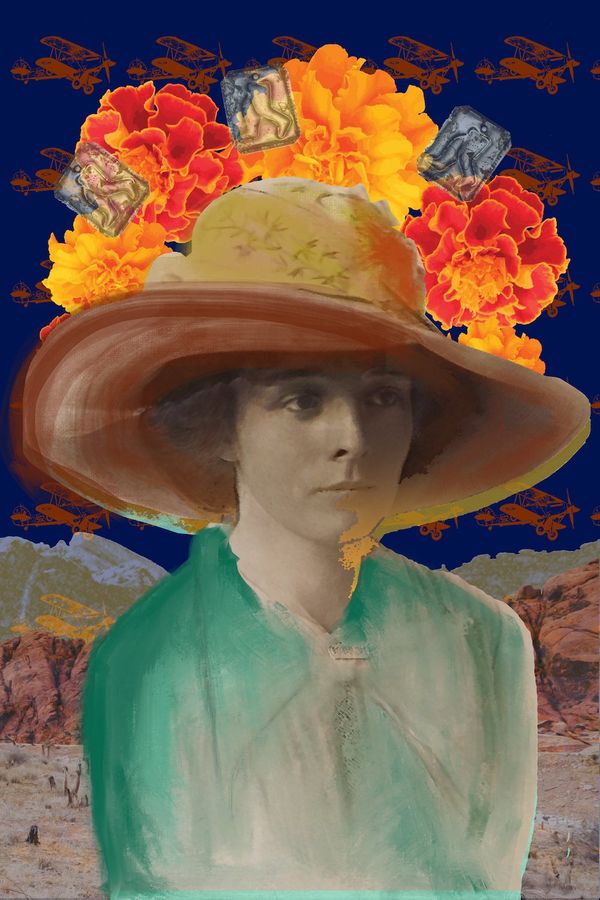 Isabella Greenway, a charismatic businesswoman, philanthropist, and politician was a true trailblazer for women in Arizona. Greenway had a passion for politics. She was dear friends with Eleanor and Franklin Roosevelt, was a speaker at the 1932 Democratic National Convention and served as Arizona’s first woman in Congress at a time when Arizona had only one vote. She was a fierce advocate for her constituents during the Great Depression. In a meeting to discuss projects to help revive the state’s flagging economy, Interior Secretary Harold L. Ickes declared, “Mrs. Greenway, my time is very valuable. Can you compress all that Arizona wants into one page?” “Mr. Secretary,” she shot back. “Arizona would never forgive me if I could get all it wanted onto one page.” An unflinching entrepreneur, Greenway started a furniture company to employ disabled veterans, an airline, and in 1934, the Arizona Inn, a timelessly elegant resort which remains a treasured Tucson landmark to this day. 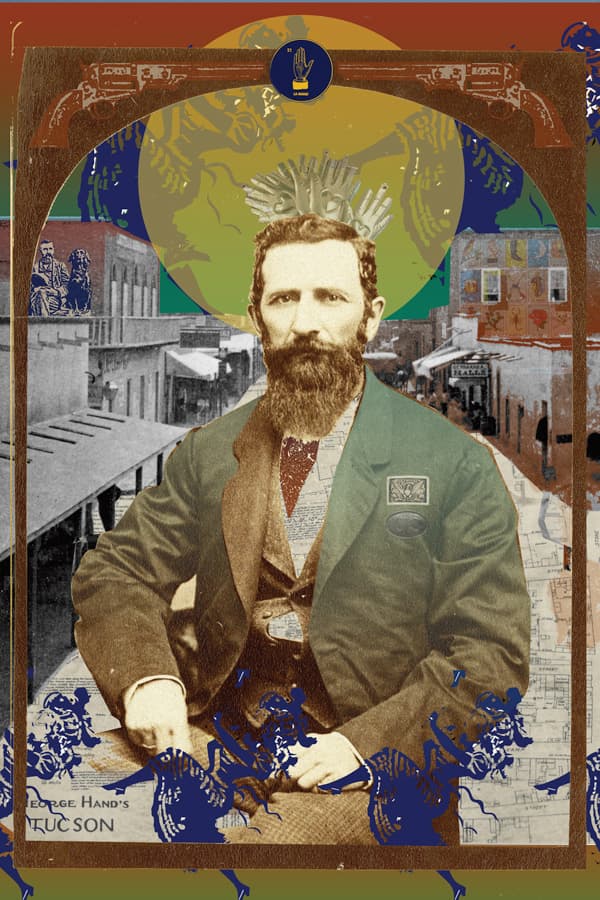 Allow me to introduce you to George Hand. This soldier, butcher, politician, dog lover, courthouse custodian, map maker and saloon keeper kept a diary (1875-1878) which offered an unusual, candid view of frontier life, its excitement and boredom, colorful characters, joys, violence and hardships. These excerpts were published in a book entitled “Whiskey, Six-Guns & Red-Light Ladies”.

Join Our Family
It's free, and we won't bother you too often. We promise.

We at the Armory Park Inn are so excited to welcome you to Tucson for a safe and relaxing getaway.  We have made some important changes including enhanced cleaning procedures, new dining options, flexible policies and more. We look forward to seeing you soon!